”Why tackling corruption in corporate governance is not impossible” by Lucy P. Marcus - The Board Director Training Institute of Japan (BDTI) 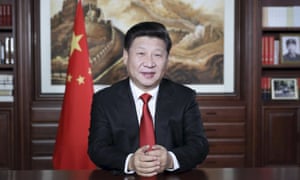 Chinese president Xi Jinping says he wants China to be a country where ‘nobody dares to be corrupt’. Photograph: Xinhua/Reuters

”Corruption is a global scourge, sometimes becoming so deeply ingrained in countries that combating it seems impossible. In January, Transparency International released its annual Corruption Perceptions Index, noting that the problem “remains a blight around the world”.

The International Monetary Fund, for example, has just warned Ukraine that its $40bn financial bailout could be cut off, owing to fears that corrupt officials will steal or squander the funds. During his recent visit to Mexico, Pope Francis called on the country’s leaders – several of whom (including the president and his wife) are embroiled in conflict of interest scandals – to fight endemic corruption……..”.